At SUN-POWER Auto Gates, we are very proud of the work of our resident gate technician who was able to breathe new life in to this aging gate operator (12 years old).  The owner did not buy this machine from us, but it is the Australian-Made Gate Operator that we use in our DIY gate automation kits.  From the looks of the ‘before’ photos, it was an absolute work-horse in the past.  So much of it was salvageable that we did not want to sell this inquirer a new gate operator.  We encouraged him to let us repair & restore it for him instead.  It’s nice to be able to sell Australian-Made equipment that is this sturdy, this rugged and repairable in an age where the common approach would be to replace old for new.  The circuit board that came back with the motor is not one we sell.  It was a cheap, imported circuit board.  We replaced it with an Australian-Made circuit board.  We also replaced the transformer and bridge rectifier, the battery, receiver, remotes and aerial.  We also provided a copy of our updated instruction manual.  This particular unit is a 240V machine.  Most of the machines we sell are Solar-powered but we do sell this variant as well.

“A few words about the team at SUN-POWER Auto Gates: I contacted them after putting up with my faulty gate opener (purchased elsewhere) for too long.  It was not working some days and others it would go and open for no reason.  I thought I was up for a new one and found that SUN-POWER Auto Gate’s motors looked the same as mine which was about 12 years old. Not once did these guys try to hit me for dollars. They could have easily sold me a new motor but instead said we could help you out and send you some parts to fix what we think is wrong. After talking I decided to send my unit back to get serviced and repaired properly. The final cost was less than half the price of a new one. Every step of the way these guys tried to help. You just can’t ask for more than that! Cheers.”

When Leigh first sent us a photo of his gate operator: 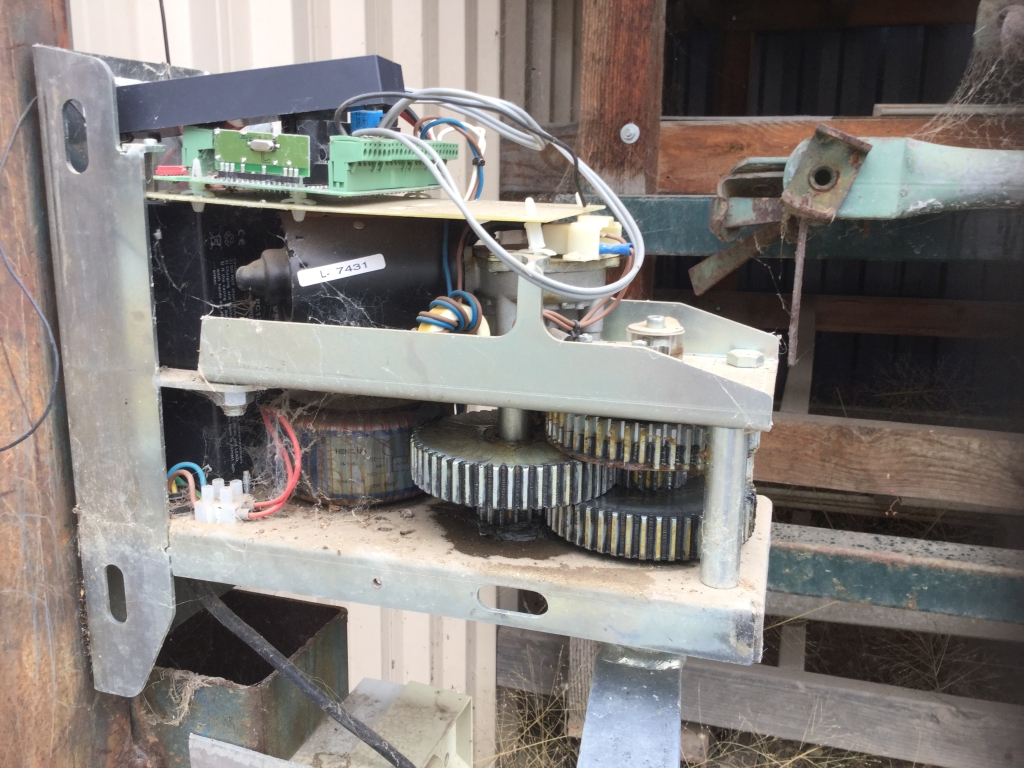 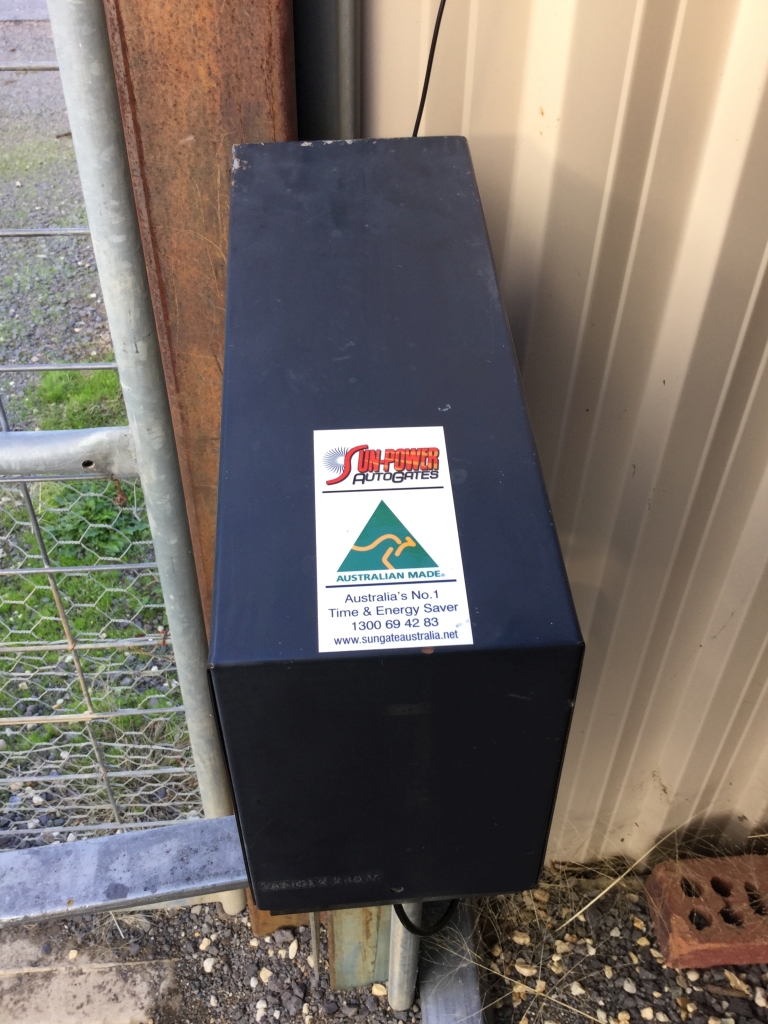 Prices on all Sun-Power Auto Gates Products may change without notice. Dismiss